The day started in sunshine with a walk past the show ground where people were making preparations for the annual Montgomery show. It looked like being a good day.

We quickly joined the Offa's Dyke path and headed north. We had fine weather for two hours, until we were just starting to climb, when the rain started and continued on and off for the rest of the day. We were well soaked, but the rain did ease slightly as we reached the top of Beacon Hill, and we even managed to get one or two photographs, but visibility was limited. However we were able to make out Powis Castle just south of Welshpool.

At Buttington Bridge we turned South to pick up the path beside the Montgomery canal to Welshpool and our b&b. We were then at last able to remove our waterproof clothing. However 24 hours later, as I write this, our boots are not yet dry enough to take polish! Not one of our better days. 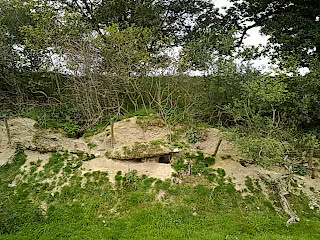 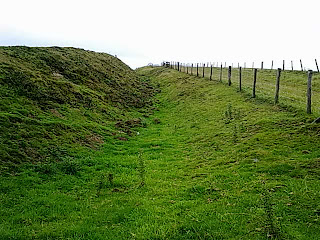 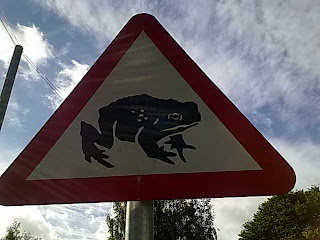 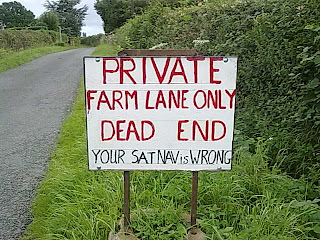 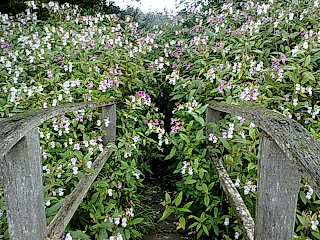