As our B&B was next to the high route to Bigsweir, via St. Briavels Common, we elected to take that route rather than the lower route beside the Wye. We didn't have any problems with finding the route so I assume the track marking has improved since the guidebook was written.

On the way to Lower Redbrook, where we had lunch in the pub below the 67 steps, we met a chap from Glossop. He was walking the Dyke N-S with his son and a friend of his son, collecting funds for the Cystic Fibrosis Society. We saw them on their last day. In a year or two we may see them in a JOGLE attempt. Finding the spare time will probably be their biggest problem. One of the advantages of being retired.

Most of today seems to have been spent walking in tunnels formed by trees and this made the views beyond Monmouth, from Kymin, appear even more impressive. It was the best view of the walk so far. I even could see some of the peaks I climbed on the first half of my Cambrian Way walk. 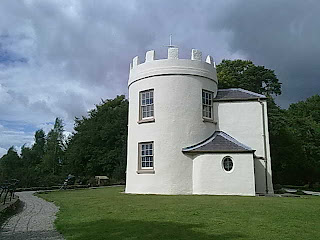 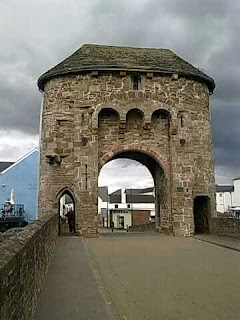